September 24, 2012 2:30 PM
by Editor in Chief
A signature of a 3D artist reads: "There's two types of people in the world, those who understand binary and those who doesn't." The winner for this week certainly falls into the first category of people.
Having a "binary-level" understanding of computer that eventually renders 3D images certainly has a great advantage in building efficient models. Software developers, therefore, or people who have been writing computer programs seem to have a greater potential for making the better use of Blender, once they have the ability as a visual artist. One cannot help but be amazed at the level of techniques used by this week's winner, whose production files are already available at www.BlendSwap.com.
The following video that had been made last week for this announcement to demonstrate the excellence of his model has been featured at www.blendernation.com and met with a pleasant surprise. It had over 10,000 views within a view days right after release and the views are still counting. It all testifies to the excellence of this week's winner.
How, then, can you too qualify for this award? Please have in mind that this award is reserved for those that are on par with or that excel top notch works published by artists and studios. If such work does not appear during a given week, this award is not being given to anyone. So please submit your best  work to www.blenderartist.org or to the Member's Gallery of this site, or Contact Us to show where your work is available on the internet. It doesn't have to be a Blender render, internal or Cycles. A Vray render or any other render is fine as long as Blender was used as a part of your workflow.
So, it is with great pleasure that www.BlenderNews.org introduces to you the winner of the Render of the Week Award for the week of September 24, 2012: Agustin Benavidez.
Title: "Island"
Genre: Environment Design
Renderer: Cycles
Final Image: 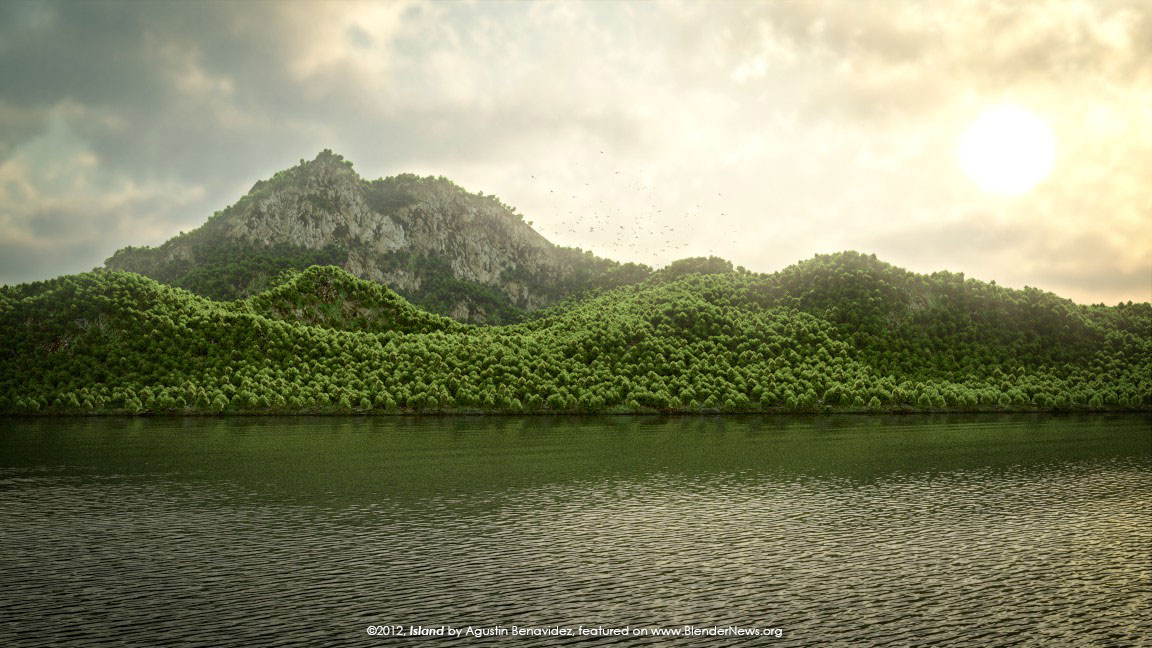 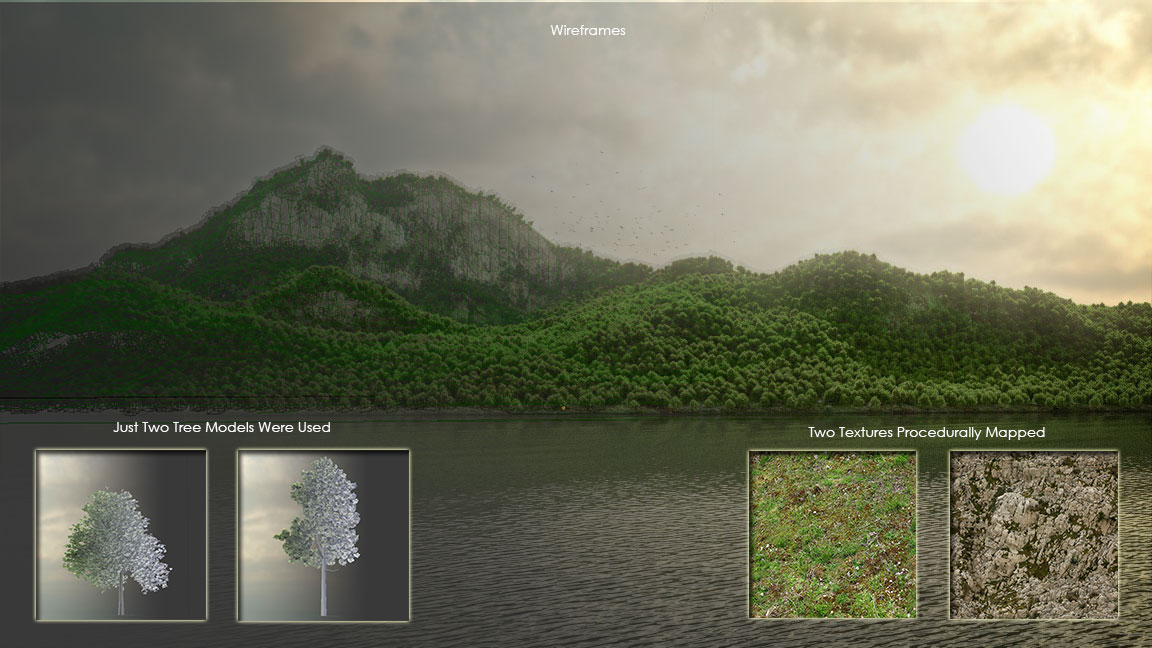 About Me:
My name is Agustin Benavidez, I am from Buenos Aires, Argentina. I work as a software developer, but 3D graphics has been one of my main interests ever my teenage years. My first contact with the 3D “world” was a bit unusual. I went to a high school with a technical electronic degree in mind. There they taught me the Visual Basic, and the first program we were taught--which was an attempt to introduce us to the programming world--was a ping-pong game. I don't know how to explain but I just fell in love with the actual process of making that game. After a short while, I mastered the basics to achieve some sort of 3D graphics. After racking my brains out with just the basic trigonometry theory, I was able to make 3D wireframe graphics, and since then I just fell in love with all that has to do with 3D graphics--even Math which I used to hate before learning this.
During my collage years, I developed a game engine and that let me to a paid work as a game developer for PalmOS, and to other works related to software development until I met a person who gave me an opportunity to work as a 3D designer and developer for a start-up company. Our company was made up of just the three of us for three years and I was responsible for almost everything from painting the textures, animating the 3D models and coding the actual system. Those were pretty crazy times but I learned a lot, especially all about the 3D graphics from the fundamental coding issues to the high-end user needs.
It was during that time, I discovered Blender, since I was looking for a 3D tool that could replace my 3DMax which was simply too heavy and cumbersome to use in my pipeline. I was rendering a character for an animation and I was really annoyed about the hair rendering and how slow it was. So I gave it a try to Blender. (I almost deleted it from my computer when I discover it by selecting it with the right click. I’m happy that I didn’t.) And everything started to make sense and fell into place very quickly. It had a beautiful workflow, very simple and powerful.
And the support and presence of the Blender community made it even much more appealing. I discover how great it is to join the Blender community and share. I still feel I didn't contribute enough in return for all that I received, but when I finish the project I am involved with now, I hope I can go back and keep contributing. I just love Blender and its community! I’m missing it right now.
About "Island:"
I wanted to test Cycles performing landscapes, so I setup a quick scene with 54k instances of two tree meshes each one approx. 200k and 150k polygons and four texture maps about 512^2 pixels, the blender memory indicator displayed about 200MB and the process window showed about 500MB ram so there is a bunch of memory left to put a lot more. Nice! And not that bad in time aspect as well. In my old Phenom-4 cores, the render took about 40 minutes in 100 samples in Full HD. But even at 40 samples they look quite acceptable. (A little glow and fog and color correction in the compositor.)
Related LInks:
1. http://agus3d.blogspot.com.ar/
1. http://blenderartists.org/forum/showthread.php?249664
2. http://www.blendswap.com/blends/landscapes/cycles-performing-landscapes/
I want to