PRODUCT VISUALIZATION IN BLENDER for the week of September 2, 2019

by B. N. Reporter

In addition to the Render of the Week Award,
www.BlenderNews.org is featuring PRODUCT VISUALIZATION IN BLENDER a regular series, showcasing quality product viz realized in Blender,
selected from published artworks for (a) given week(s).  If you would like to have your works featured in this series, please submit your professional-quality product vidz to  www.blenderartist.org  or to the  Member's Gallery  of this site, or Contact Us  to show where your work is available on the internet.

How good Blender can be for your product design & visualization needs? You might find the answers in the arts and comments made by the following artist(s):
The Pennsylvaniasarus - PRR T1 Steam Locomotive
by Steve Harlow
https://www.artstation.com/stev
Final Renders 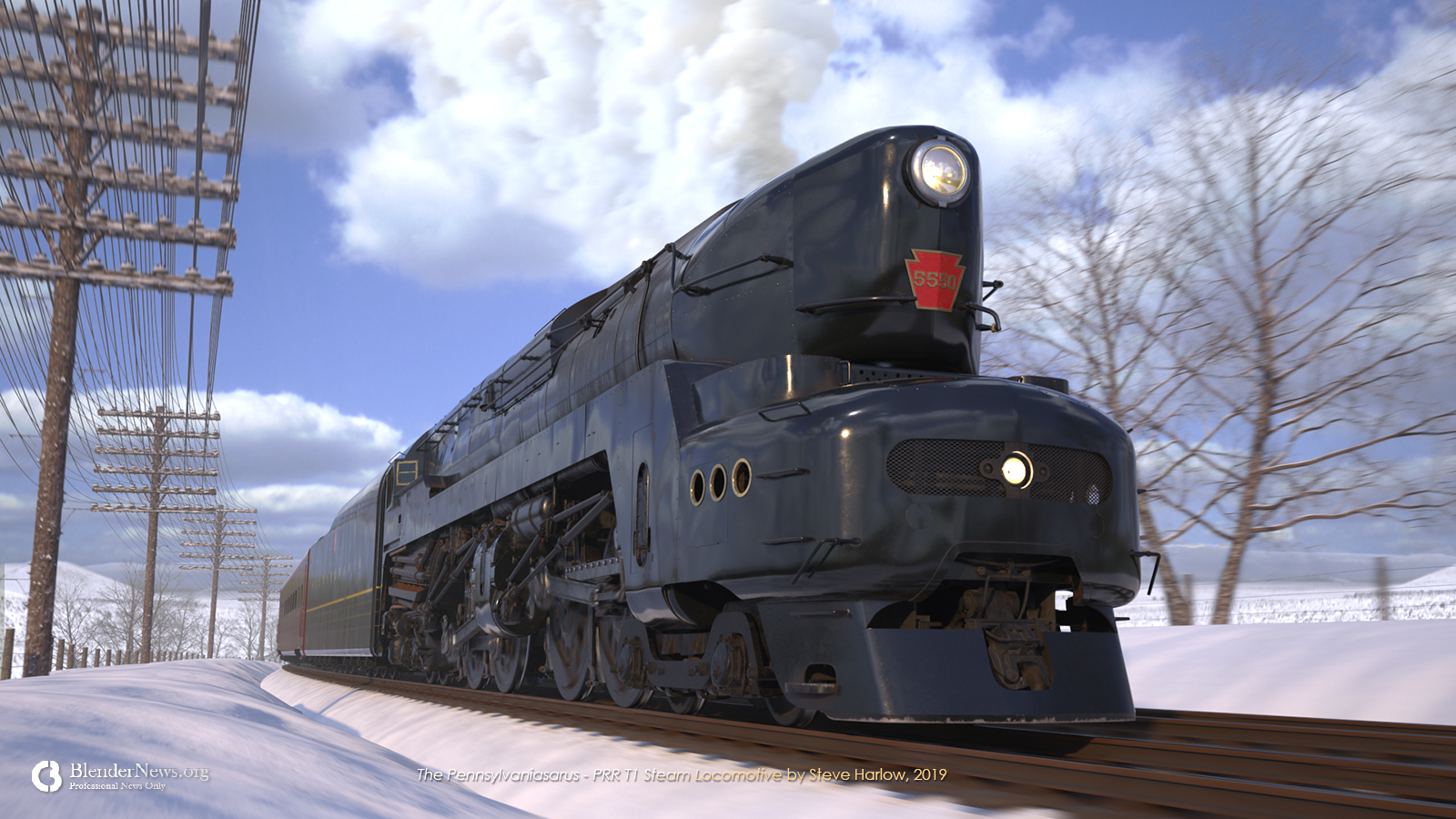 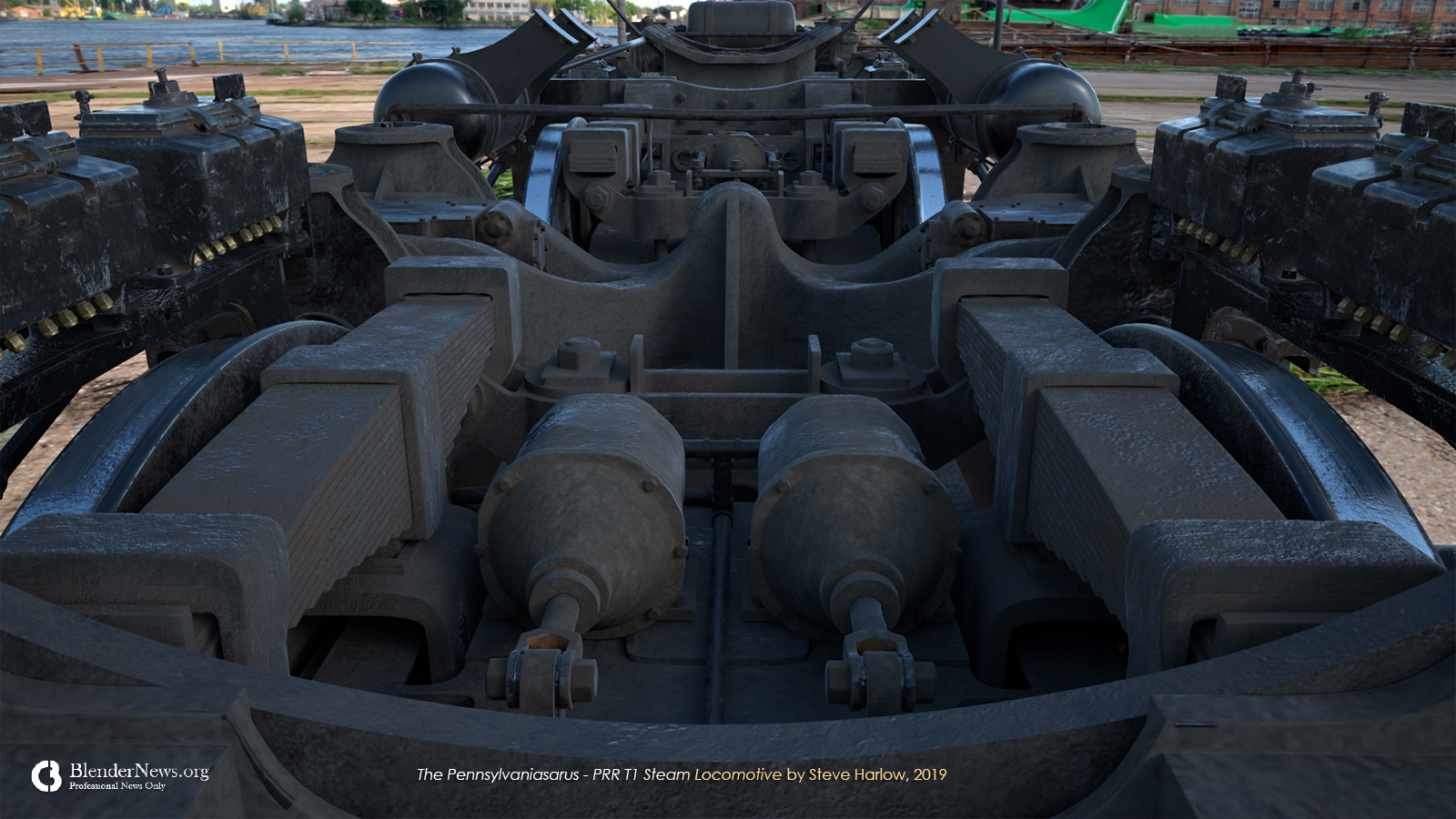 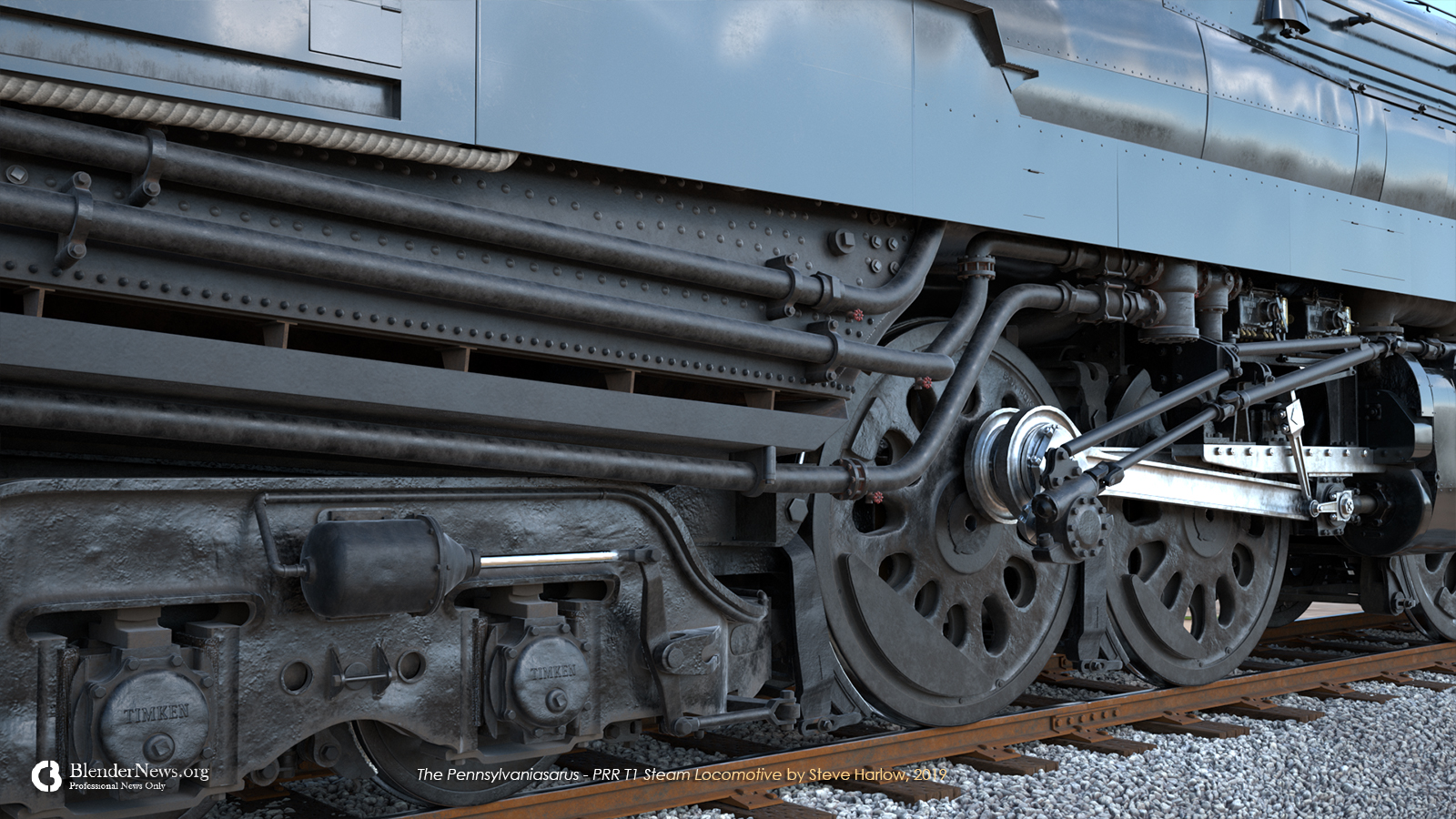 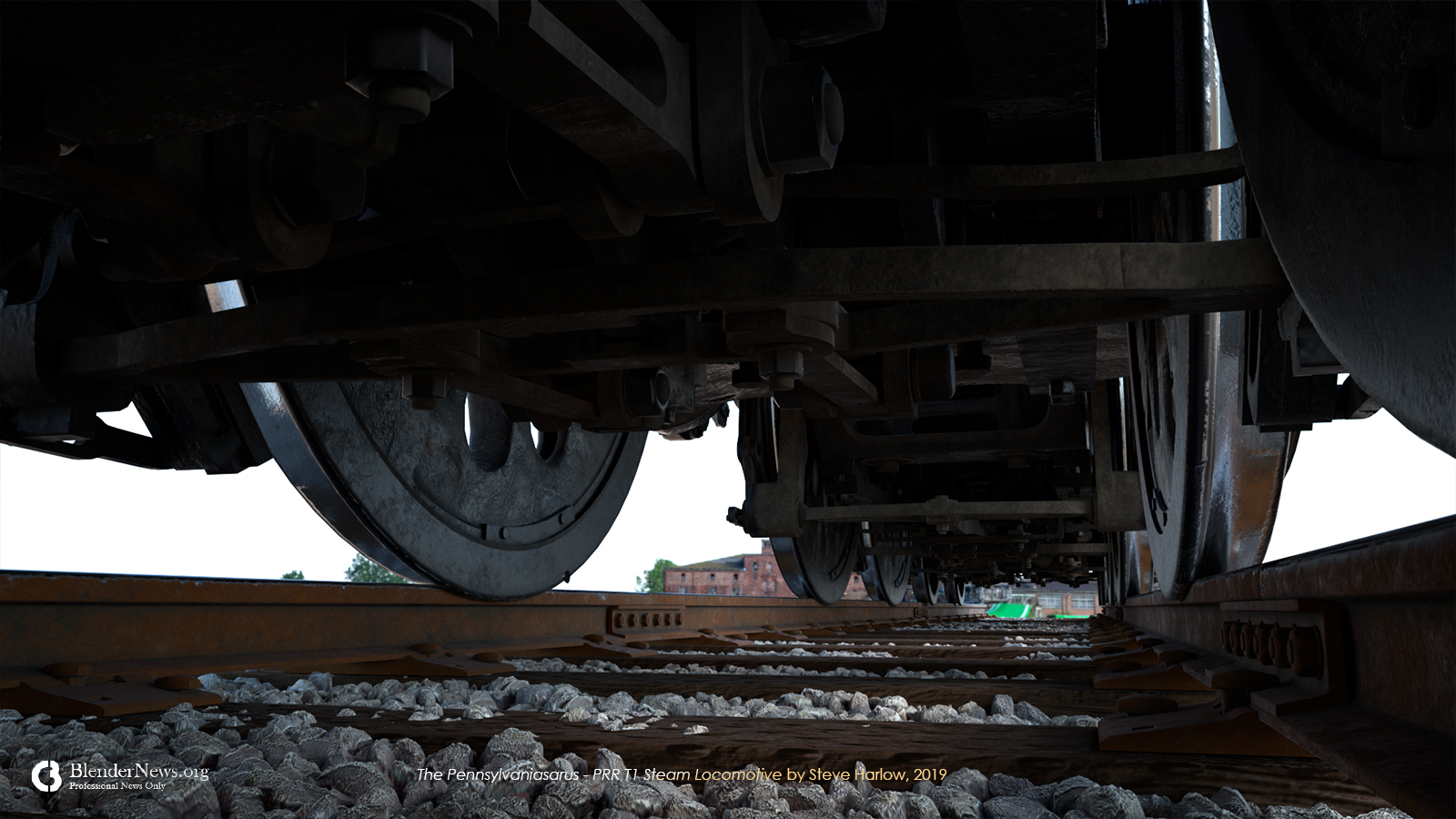 About Me:
I'm Steve Harlow, a mechanically inclined hard surface modeler from Vancouver BC. I've always loved cars, machines or any kind of complicated mechanism. I compulsively tinker with
things well above my head, and the more moving parts the better. I'm primarily interested in the modernist era of design, both in terms of engineering and visual design. Sleek and
modern streamliners, the flashing rods and fantastic personality of steam locomotives, model A hot rods, bathtub styled Hudsons, Bonus Built Fords and the hilariously inefficient
burbling of a Flathead, I'm all about it.
About "The Pennsylvaniasarus - PRR T1 Steam Locomotive:"
I did the course at Think Tank training center in North Vancouver, for which the "final" is producing a demo reel. And I knew my reel was going to be was going to be a mechanically
focused hard surface hero asset. My original idea was to remake an old project, a realistic and practical steampunk style monster truck I called "The Brass Beast". However, I was also
aware of an organization attempting to build a new continuation of a lost class of steam locomotive, readily the most unique, beautiful and mechanically interesting ever built,
the PRR T1. On a whim, I reached out to Brad Noble, founder of the T1 Trust, and offered them a deal. In exchange for access to their library of all the original technical drawings
for the class, I'd provide them with a 1-1 recreation in 3d and renders to use for promotional material. And they agreed.
So I got access to their repository of technical drawings extracted from the Pennsylvania state archives, which numbered in the thousands, from the largest 12 foot long "A" drawings,
to the smallest drawings for the most mundane fastener, and I got to work. It took 8 months of "full time" work to replicate the locomotive, including textures. There's really no fancy workflows or at play here, I simply opened the relevant blueprints for each part and replicated it as accurately as the nature of subdivision allows. Everything's there, and everything works.
You could take a camera through the boiler, through the drypipe, through the superheater, down the hot steam pipes, past the valves, and up through the blast nozzles in the smokebox. Though there are a few fancy tricks, such as using hair instancing to do the rivets and staybolts on the boiler and streamlining, I took no shortcuts anywhere.
The rig is also fully functional, and animator friendly. It's scripted to translate it's movement along the rail bezier accurately to the wheels, with a basic python script that takes that movement, divides it by the circumference of the appropriate wheel, and converts that to Radian rotation, from which the running gear derives its motion. The locomotive, tender, trucks and
pilot also accurately track the rail, effectively having each distinct rigid wheelbase as a separate entity tracking an IK follower on the track, and function appropriately for their wheelbase. The locomotive and tender also each have center of gravity style controls to easily animate the locomotive, plus individual controls for each axle, with automatic and fully functional
suspension that reacts appropriately to the sprung mass's motion. A brief demonstration of all this can be seen in the reel's breakdown.
Admittedly, the weakest part of the project is the materials. I was used to a real-time style pipeline, and had never done this style of workflow before, and it showed. Texturing isn't really my game already, and instead of making masks for layered, physically accurate high quality and malleable tiling materials, it was textured the old fashioned way, of one "fixed" texture
per UDIM tile, which dragged the materials down even further. But they were at least effective enough to get the job done. If you're in to steam locomotives, art deco/modernist design,
or just cool mechanical stuff in general, I'd highly recommend checking out the T1 trust here
(https://prrt1steamlocomotivetrust.org/).
They're good people doing good work, and donations allowing, I have absolutely no doubt they can make 5550 happen, despite the monumental nature of that task. I myself have
moved on to try to get a game company off the ground (https://compucolorpictures.com/), which should be making some public noise within the coming year. And in the meantime,
you can find me and my absurd projects on my artstation page here (https://www.artstation.com/stev).
Contact:
https://www.artstation.com/stev
Related Links:
1. https://www.artstation.com/artwork/rRWJma
2. https://www.artstation.com/stev
I want to