October 6, 2015 8:00 AM
by Editor in Chief
Apparently, the advent of Cycles render engine has helped a lot of artists relatively new to Blender focus on their art rather than technical tricks to mimic natural lighting in Blender Internal. Cycles makes lighting a lot simpler and intuitive as the winner for this week seems to have discovered.
How, then, can you too qualify for this award? Please have in mind that this award is reserved for those that are on par with or that excel top notch works published by artists and studios. If such work does not appear during a given week, this award is not being given to anyone. So please submit your best  work to www.blenderartist.org or to the Member's Gallery of this site, or Contact Us to show where your work is available on the internet. It doesn't have to be a Blender render, internal or Cycles. Any other render engine is fine as long as Blender was used as a part of your workflow.
So, it is with great pleasure that www.BlenderNews.org introduces to you the winner of the Render of the Week Award for the week of October 5, 2015: Lezly Prager.
Title: "Little Pirate"
Genre: Concept Art
Renderer: Cycles
Final Render: 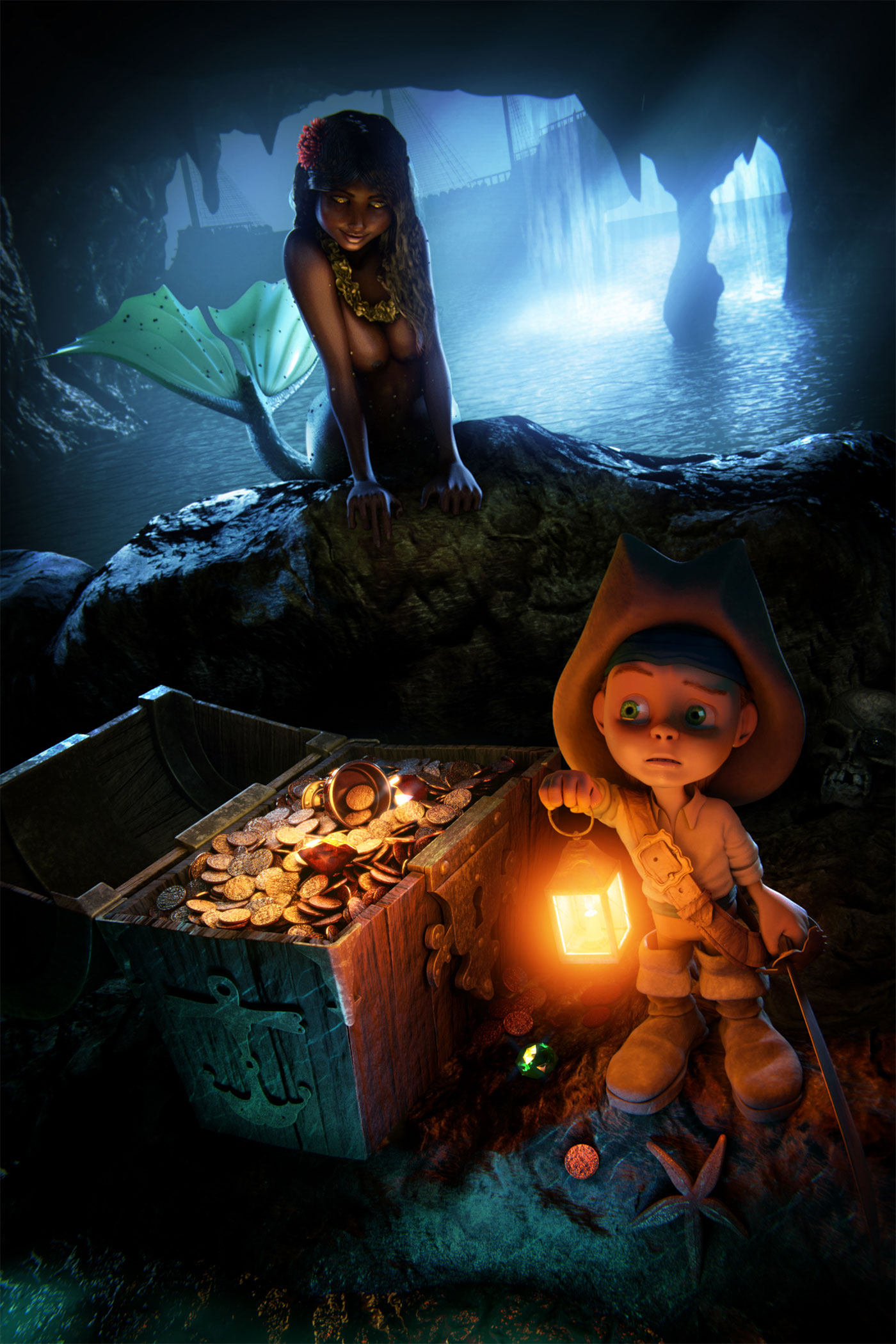 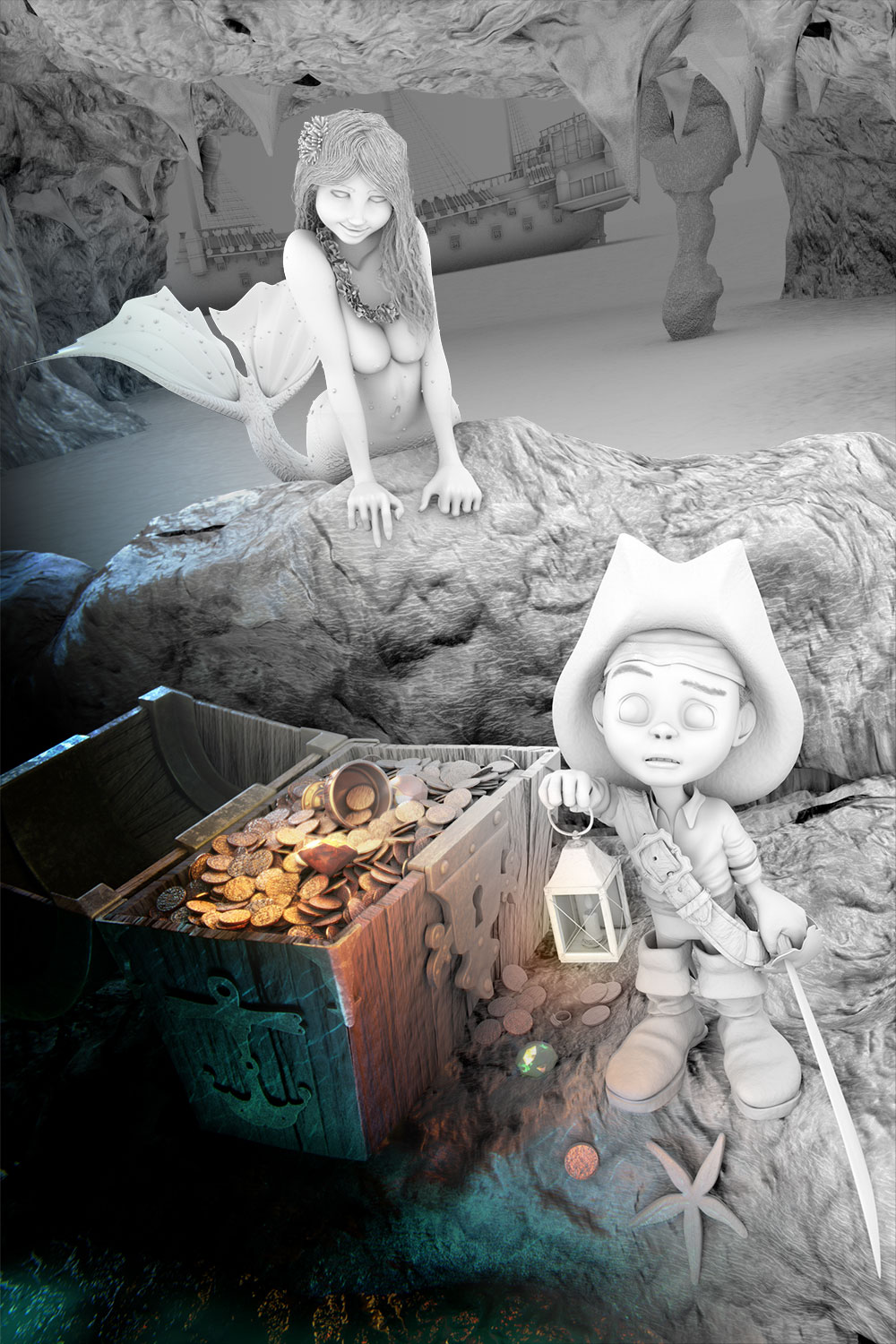 Artist's Comment
About Me:
I am Lezly Prager, a French graphic generalist, mostly self-taught and have been using Blender for the past 6 years. Oh btw, I live in Paris! I really enjoy using Blender but I also use Photoshop, After Effect and 3Dsmax as part of my workflow. Ambiance and Lighting are probably the things I enjoy dealing with the most.
About "Little Pirate:"
Originally, this scene was part of an old project of mine which I had given up without really finishing it, since I wasn't pleased with it (Blender Internal).
I love Pirates, mythical creatures of sea and my childhood's movies like Never Ending Story or Goonies. I love stories in which the mermaid is being the evil character (or not)! After all, in the mythology, they're not angels. I decided to depict her as a villain; it's more logical for me because it's the Caribbean. Lights and shadows are particularly important for the atmosphere. They help to distinguish different characters and create moods (for example, it's the light that bestows an evil look to the mermaid ... and her eyes of course.)
Related LInks: