'BREATHLESS - EATEN Character Concept' by Domenico D'Alisa - the Winner of the Week of September 4, 2017

September 7, 2017, 10:00 AM
by Editor in Chief
A vital characteristic of a good artist could be described as dependability--a trust that you can always expect quality work from him/her. This week's winner has consistently released excellent works numerous times and has been nominated for the Render of the Week Award several times already.
How, then, can you too qualify for this award? Please have in mind that this award is reserved for those that are on par with or that excel top notch works published by artists and studios. If such work does not appear during a given week, this award is not being given to anyone. So please submit your best work to www.blenderartist.org or to the Member's Gallery of this site, or Contact Us to show where your work is available on the internet. It doesn't have to be a Blender render, internal or Cycles. Any other render engine is fine as long as Blender was used as a part of your workflow.
So, it is with great pleasure that www.BlenderNews.org introduces to you the winner of the Render of the Week Award for the week of  September 4, 2017: Domenico D'Alisa.
Title: "BREATHLESS - EATEN Character Concept"
Genre: Concept Art & Modeling
Renderer: Cycles
Final Renders 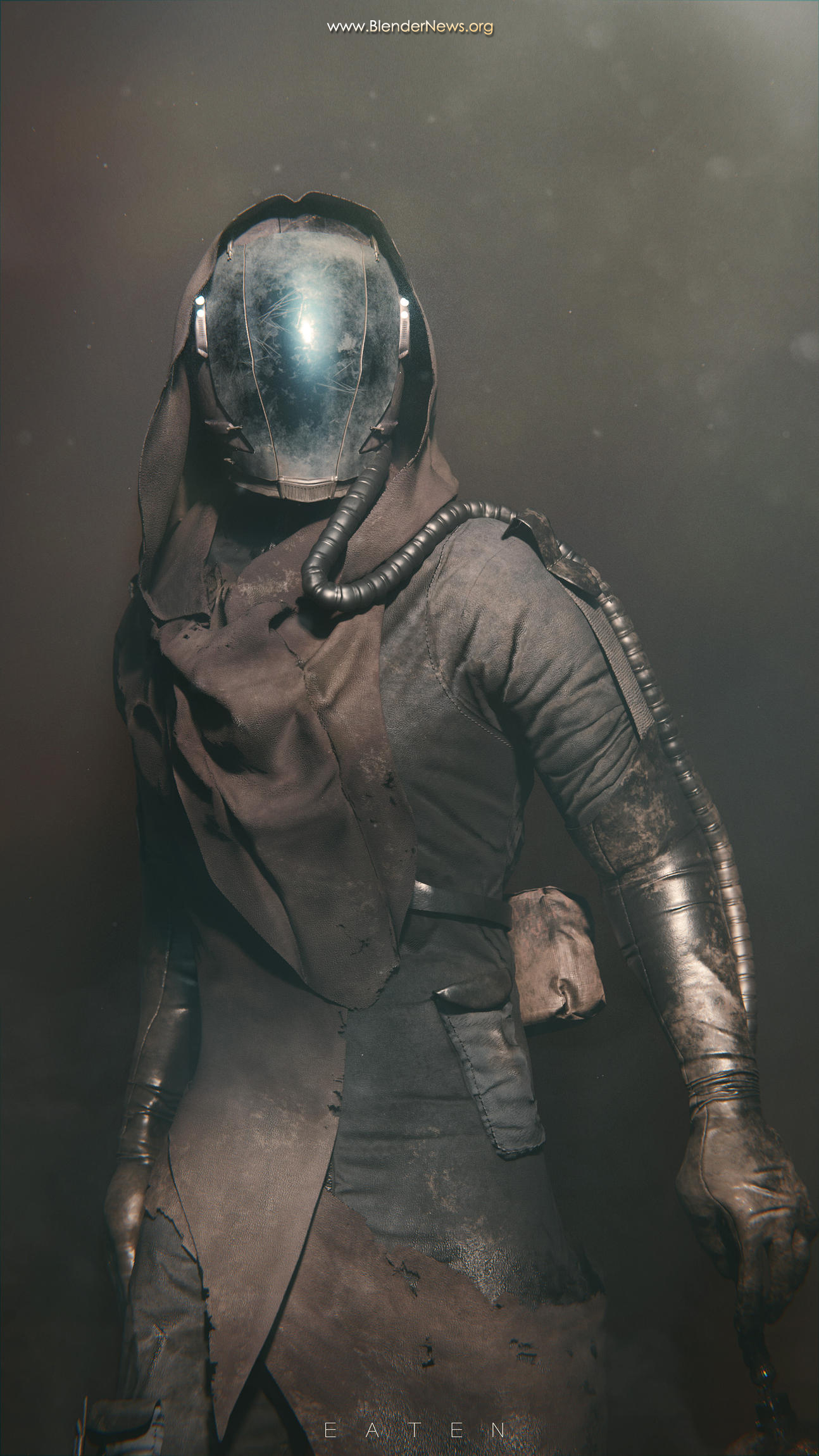 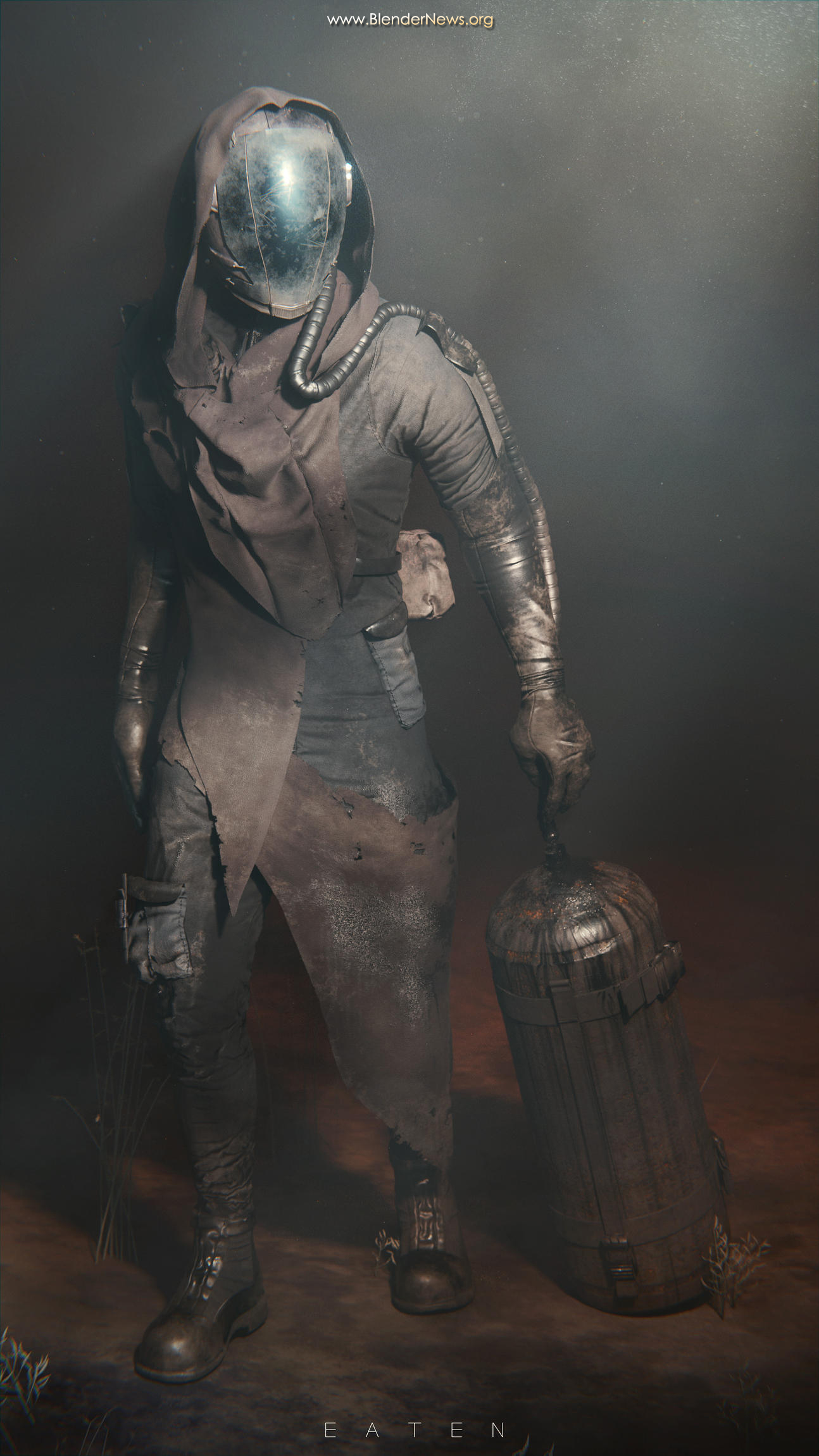 Artist's Comment
About Me:
My name is Domenico D'Alisa. I'm a freelance 3D artist from Naples, Italy--graduated in "3D Character Creation" at "Scuola Italiana di Comix" in 2016.
About "EUHEMERISM - EATEN Character Concept:"
This is my last character for now of my free-time project EATEN, this time I've tried to create a lonely explorer with the style of the previous characters.
Is the first model I've made with a new workflow and new programs such as xNormal for all the texture baking side and Substance Painter for the texturing, I've tried to keep the model simple to test it in Sketchfab online and import it in Unreal Engine 4 in the future.
Software used:
-Zbrush for base sculpt, helmet concept and props
-Marvelous Designer 5 for clothes
-xNormal for baking maps
-Substance Painter for texturing
-Blender for retopology, rig and pose
-Photoshop CS6 for textures and post-processing
-Cycles for rendering.
Related LInks: